How To Boil Chicken 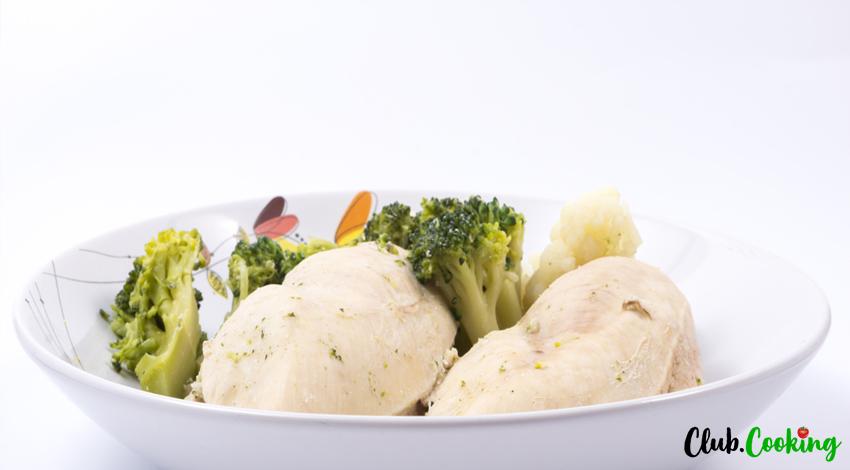 I think that boiling chicken is not the most common method of cooking chicken for many of us, and yet, it’s probably the best way to cook chicken if you want to avoid putting in the extra calories from frying and baking. Or, if you want to make a great chicken broth and use it as a base for various other recipes.

Boiling chicken is very easy. The process largely depends on whether you are making chicken broth or if it’s the meat you’re after, to use in salads, sandwiches or other dishes.

If you’re cooking chicken broth, it’s best to use either whole chicken or legs and thighs, because they release more flavor and a bit of grease so the broth isn’t too thin. There are great variations of herbs and veggies that can be added to make chicken broth more flavorful, depending on the cuisine. Most common are onions and carrots, celery, bay leaves, pepper and parsley.

The technique is quite simple. Wash and trim your chicken or its parts, place them in a saucepan with water, other broth ingredients, such as veggies, salt and pepper, cover it with a lid and boil on medium low heat. You can use a kitchen thermometer to check if the meat is done, but to make it tender, you can add some more time. An hour and a half of slow boiling will give you chicken meat so tender that it falls of the bones. It will also produce a fine, aromatic, dense broth which you can further use for cooking.

Follow the easy steps below for great boiled chicken and flavorful broth!

Wondering how long to boil chicken to perfections? Find out in this article ?