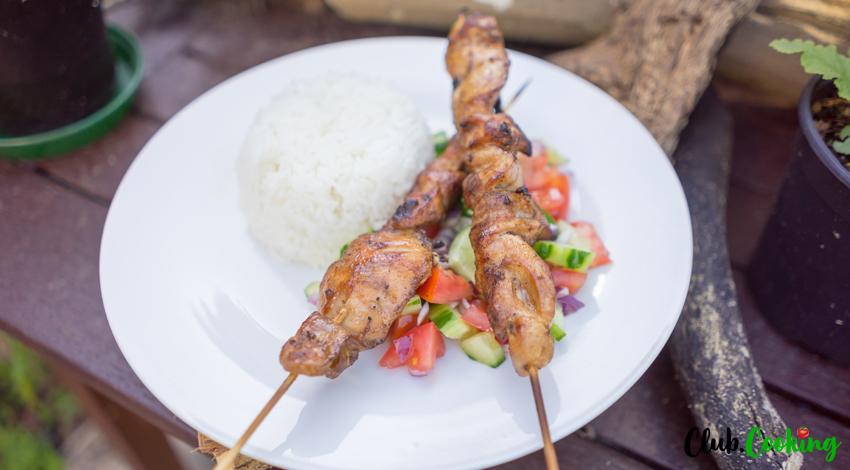 This is a delicious recipe for the city chicken. The name is a little bit misleading because in reality there is no chicken in the recipe at all. Originating back in the day in Midwest, when raising chickens in a city was troublesome and expensive, the dish was meant to mimic chicken drumsticks, but was made with cheaper pork and veal instead.

The recipe is very popular in the central and eastern Great Lakes regions of Ohio and Michigan. The dish is made from pork sirloin cubes, or sometimes pork and veal combination. The meat is thread onto skewers, then is coated in a mixture of flavored flour, egg and breadcrumbs, pan fried in butter and slowly braised with a little bit of chicken stock in an oven.

It is un ultimate comfort food especially when served with gravy on the side. After braising the skewers for almost two hours in an oven the pork is fall apart tender and juicy. Browning it first really helps building deep, rich flavors.

I like serving this mock chicken with mashed potatoes and gravy. This old fashioned recipe is a favorite to many people still to that day. I personally do not think it resembles chicken in taste but still love the pork flavors. It is very inexpensive to make with just a handful of ingredients. Follow simple steps below to recreate city chicken recipe.