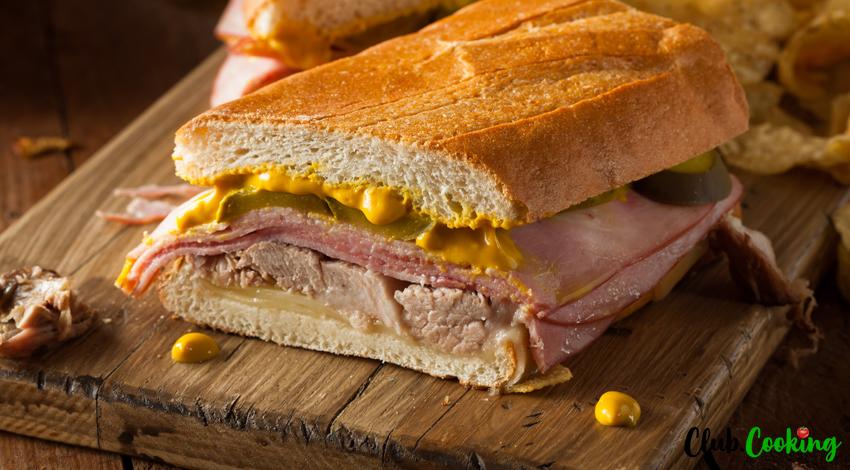 Some things can be easily substituted with what you have at hand and produce great results, but some things just don’t stand any substitutes at all. This is the case with Cuban sandwiches. If you use something other than medianoche bread, it just won’t be the proper cubano any longer.

But buying medianoches at a store is quite a problem, unless you have a Cuban joint somewhere in your neighborhood. I don’t, so when I fell like cubanos, I just go ahead and bake my own medianoche bread, thank God, I have this wonderful recipe.

Cuban bread is on the sweet side and we use eggs in the recipe. Some recipes say that the lard can be substituted with shortening, but when it comes to Cubanos, I’m so very old-school and I use lard all the time. The eggs and the lard make the texture of the bread slightly chewy, and even though when we say ‘chewy’ about food, things that come to mind aren’t generally appetizing, trust me, Cuban bread type of chewiness is absolutely delicious.

Think best New York bagels, but only… Cuban bread. The bread is made with yeast, so you will have to allow it the time to rise before baking. I usually make the dough on the night before I want my Cuban sandwiches or in the morning, if I’m making them for a game in the evening.

Other than that, just follow the simple instructions below for perfectly baked buns of Cuban bread.