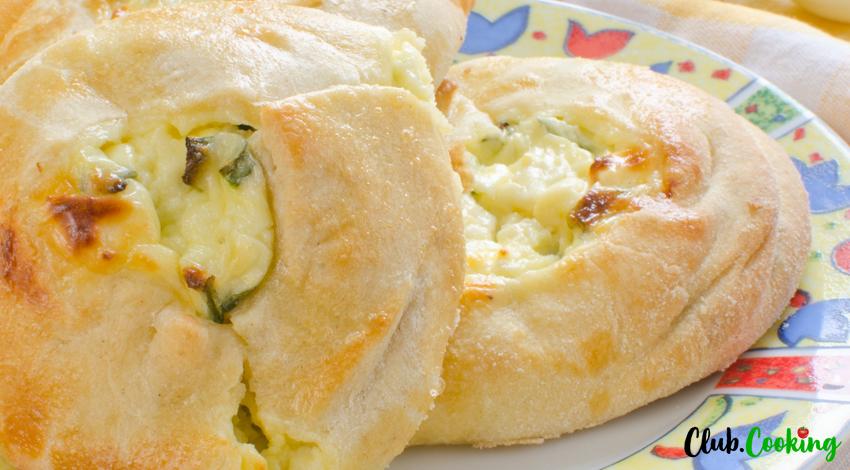 This traditional Jewish recipe is a variation of small, portion-sized baked goodies, stuffed with a variety of things. Most national cuisines throughout the world have it in this or that form.

These pies differ from one place to another, using various kinds of dough and flour and a multitude of fillings. These potato knishes. are baked with sour dough without yeast and stuffed with potato, cheese and spices.

There are a few tweaks to this recipe that I love especially and one of them is using instant mashed potatoes alongside with the real ones. This somehow makes the texture exceedingly creamy and soft.

The batter is also made with cheese, which provides an incredible flavor and combined with the mashed potatoes it’s just divine. Of course, all this cheese and flour and butter packs quite a number of calories, so I guess this is the reason those knishes come in portion-sized form.

But if you think that after having one, you won’t want another, boy, you will.

Also here’s another little tip. When you wash the knishes with egg before baking, sneak in a little yellow food coloring into your egg wash, to give the knishes and absolutely fantastic golden yellow color. This will make them irresistible.