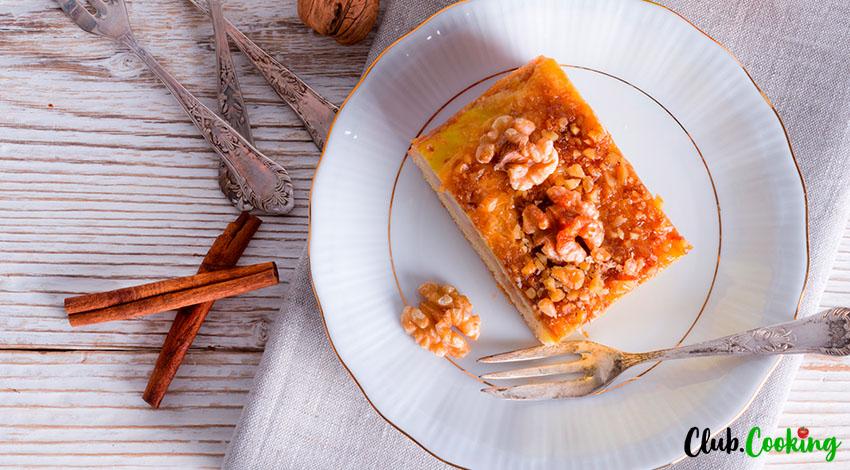 Apples and cinnamon is one of the most universal dessert combos out there. You will never miss with that one. Cakes, pies, cobblers, there are so many recipes floating about, that it’s hard to impress anyone with an apple and cinnamon based dessert.

This is why I think that what works in this case is something simple, quick and traditional, a timeless taste that’s good for any occasion, be it a family breakfast or tea with someone important to you.

My secret to any apple-based dessert is the contrast between the tartness of apples and the sweetness of the dough. That’s why I almost always use sour and crisp apple varieties. They taste just perfect when they are baked, and the aroma is divine.

This apple coffee cake’s highlight is the cinnamon brown sugar crumb that simply melts in your mouth.

My secret to making the cake itself have a rich, full texture is using sour cream or plain yogurt as a fatty base. If you use sour cream, make sure it’s fresh and doesn’t taste bitter. I really prefer this version over using butter because there’s butter in the crumb already and if I use butter for the cake itself, it will be a bit too heavy.

Enjoy this cake with a cup of coffee or tea or as a part of your breakfast menu, take a piece with you as a snack, it will never disappoint!